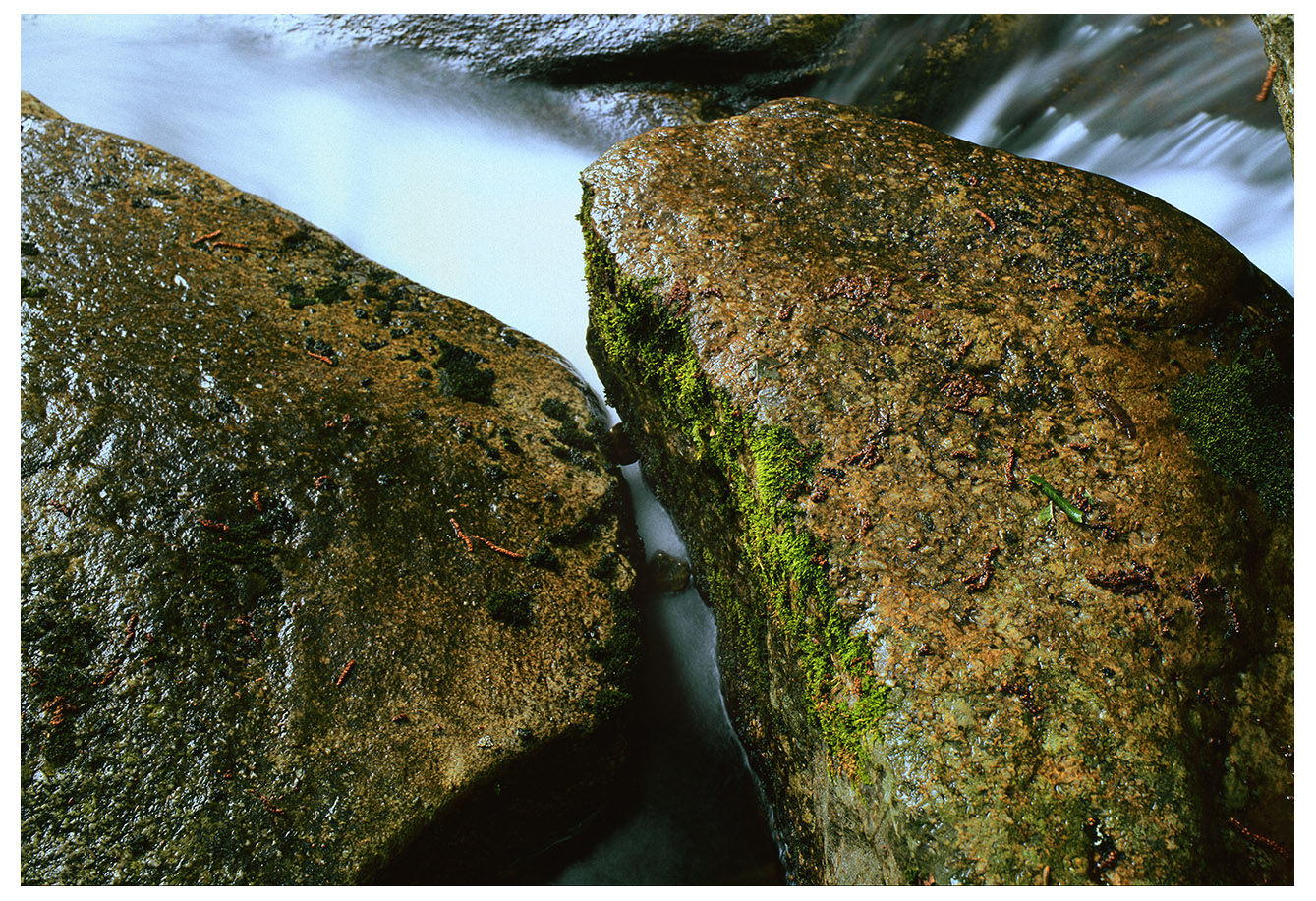 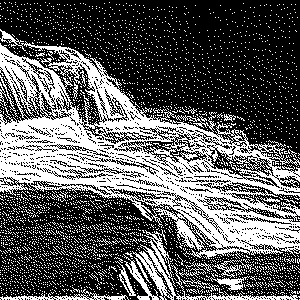 philosopher's stone
We were young then. On a hot summer afternoon, three of us enthusiastically scrambled to the top of the cliff after we had worked our way through a series of large crevices and broken boulders that capped a steep hillside adjacent to the roadway below. Back then you could camp overnight on the ridge— or so at least we had thought. I was energetic with pride to be leading the adventure for my two friends, one of whom was a far more experienced backpacker than I was. It was one of his packs that I wore bouncing on my shoulders, thinking that the activity required willful bursts of muscular discomfort as opposed to a steady resolve buckled in about the waist. The route had been introduced to me by a previous outing with another friend whose parent’s land we now parked on for easy access to the cliffs. The effort required to the top was intense, but once there, the twilight view was truly spectacular, even though it remained in constant contact with the everyday world below. Because we had departed so late in the afternoon, we engaged a rapid transformation from the ordinary. Very soon the clear summer night rewarded our effort and further transported us into an exotic, but comfortable kind of magic— though of course this was the era during which we often carried an additional array of heady pleasures to enhance the already potent experience. Many times that night I soaked up praise for having introduced my friends to the glorious spot. It all went perfectly that evening, even overnight, until— until a lazy awakening the next morning brought with it a matter-of-fact question from my suspicious, but seemingly pleased connoisseur friend. “Ok Carver, which way to the water source?” Immediately embarrassed by the novice mistake that was exposed, I simply shrugged my shoulders in full abandonment to ignorance.  We each had only enough water for the main journey, and perhaps a bit extra for indulgent usage during a careless night. There was not enough, however, for our trek back to the car, let alone furthering our adventure through much of the next day, as was our plan. Despite the social humility, I still had yet to feel the seriousness of the basic oversight regarding my lack of preparation. I certainly felt the fool for having recommended the spot without a nearby water source, but that was all that I felt. After lingering to size up the seriousness of my ineptitude, my friend decided that he would sniff out a water source somewhere, rather than cut our adventure short and head off the mountain with our tail between our legs. Gathering up our gear along with our growing sense of thirst, we headed further along the ridgeline to seek a depression that might lead us into one of the valleys between the ridge that was opposite to our own.
Maps were not widely utilized in those days, and of course, this was many years before smartphones with access to GPS satellites. The day grew hot and the hours grew long in the combustible dry air. Eventually my friend led us to a locale that sustained taller trees and dispatched a refreshing breeze as it dipped into a saddle in the ridge, but still the ground remained depressingly hot and dry. As the hours began to pile up and we became noticeably irritable, I felt myself on the receiving end of an increase in the frequency of dirty looks, some of them stolen and caught in the act of displeasure, particularly from our third companion— even though I sensed that he too did not have the slightest idea where to navigate us for relief. He was off the hook, however, because he felt himself merely along for the ride— my ride, it appeared— for I was now captain of a ship run aground. I gladly gave in to the full-on mutiny, however, because our fate was in the hands of my friend’s dowsing instincts. I had seen him make a fire in the pouring rain, but his camp outs were usually planned near a water source, so I was not yet certain of his water-divining talents. As the hours passed, the heat intensified rapidly with the afternoon sun overhead. In time, all we could think about was water— entirely and exclusively— water. It was alarming how readily thirst intensified into a sheer fixation at the time. Nothing else mattered, not any of life’s other impending requirements, and certainly not the previous night’s magic. No longer was it simply my pride at stake, instead, the three of us began to exhibit the first signs of dehydration. It was clear that we had traveled beyond the point of debating the risks of contamination should we discover a compromised water source nearby, for the environment turned its sculptured beauty into an oppressive landscape of rugged distress. Through it all, however, my friend never lost faith in the logic of his instincts, for he knew that we were not that far from some water source. Eventually we followed him, bumbling and exhausted, through a tight cluster of hardy bushes that snagged our ankles to trip us into a tiny oasis of ferns and grasses on the slope of a non-descript hill. The local air began to emit a slight aroma of muddy soil even though there were no wet spots on the ground to confirm the apparition. It was then that my friend turned himself into a dog. He sniffed the air with ears perked as his head turned to and fro near ground level to sample the subtlest of signals. The other two of us simply watched, and then slowly, carefully, expectantly followed. And yes, there it was, hidden in the gathering grass and moss and underneath a fortunate arrangement of silent rocks— a tiny spring was bubbling pure water from the shadowy recesses between the coveting rocks.

thirst continued
To this day I simply cannot adequately describe the experience that followed. As we lay prostrate to the bubbling spring, the tiny glade and spring transformed itself into a mythological well— a magical well, and nothing less. Drinking in great draughts of clear, crisp, water, I noticed first the lingering, but concise taste. That was the first of the indescribable ironies. Indeed, the water had a palpable taste, and it was both concise and lingering in its power, though no subtlety of palate could classify a taste that was more sense-expanding then it was palate-stimulating. It was not simply coolness that lent this quality. Nor was it the refreshing earthiness nearby. The liquid moved deeply to pour into the hidden recesses of the body, the place where the soul expands to unveil another chamber of the body. As it moved to fill the expansive hole in my being, the water was tasted and sampled multiple times— particularly as it opened into what was now a thoroughly physical soul. That experiencing soul was, in fact, only revealed by means of the magical liquid hollowing it out and disclosing it to be living. It was contact with the water that brought these hidden chambers to life, as they, in turn, brought the same inert liquid to life in the exchange. For it was an exchange. The opening-out, or chamber-like quality that the body received was a deepening into the depths of the cool, damp underground from which the liquid flowed. But equally, there was a sense of a singular bond, a living, natural bond with the water itself. The intellect still knew, of course, that the bond was merely abstract and that the entire experience— the ‘phenomenology’ of thirst and its resolved quenching— was wholly the manifestation of a functional necessity put into place by the body to serve as a strong motivation for appropriate action. The body simply needed water, that’s all there was to it. But in the actual quenching, the expanded soul experienced a far greater truth. It knew itself to be a part of a single nature— a natural experience that included the sensual as an integral feature of the physical even though the psychic component of sensation emerged on behalf of a necessity in confrontation with that physical environment. This secret affirmation is nearly always a physical coupling because we normally reside in the dry domain of discursive thought. Occasionally, however, even thought itself gets encompassed by this overflow of sentience bubbling up from the sensual. Occasionally even, we are smacked into a realization that the phenomenology of thought too, is physical and sensual, for it too is a natural occurrence in the human species— a natural spring of sorts, even though the contents and judgments it may come to comprise a non-physical belief system: a virtual horizon of mental representations that flow on their own accord. Even if thoughts ultimately trace their origin back to primary perceptions that were ‘lived’ without need for a mediating representation to substantiate them, the bubbling forth and flow of thought— although self-gathering amidst that primary terrain— establishes its own forests of pathways branching spontaneously over and above that ebb and flow of pre-reflective perceptions.
That forest canopy is reflective, abstract thought— the articulated branching of associated representations. Prior to reflection, budding thoughts still bubble up incomplete and flow with their own internal momentum— much like a liquid body conforming to a given terrain— even though we later abstract a lawlike, even mathematical necessity to that flow. But the terrain that the flow carves its grooves into does not equate to the contours that we subsequently abstract to represent it. As so many great thinkers have remarked: the map is not the territory. We say that we know implicitly the reason for the arising of thirst, and that reason has become the guiding principle for all reflective thought about all of the situations that solicit it. Thirst is, after all, self-evident in terms of its power to organize appropriate behavior; and feeling-based experiences are said to stamp the importance of that association into memory. The body’s necessary function of hydration has obviously been incorporated as an experience of thirst but the rest of the lived phenomenology that went with the experience, its actual embodied richness and resolution, is usually discarded as idiosyncratic and arbitrary as soon as we engage in judgments about the experience. But something more was still directly experienced in the primary cycle of sensation and its resolution when both aspects lingered and grew in significance. In the case I described, as the thirst grew in duration and intensity, the quenching seemed also to be stretched and amplified to unveil much more in the way of sense-inspired feelings. In some respects, the resolution of thirst was but an excuse for the flowering of a whole population of affective feeling-based pathways for sensation and thought— all of them looping back to that implicit knowledge after a journey into novelty. A certain significance overflowed the neat packaging of our self-evident reason for its arising, but later on we simply ignore that ‘lived’ situation as superfluous in relation to a schematic representation of its functional purpose. In the end, a sense of significance is not, like the thirst itself, quenched, and that is because it is not driven by a search for an appropriate concept. 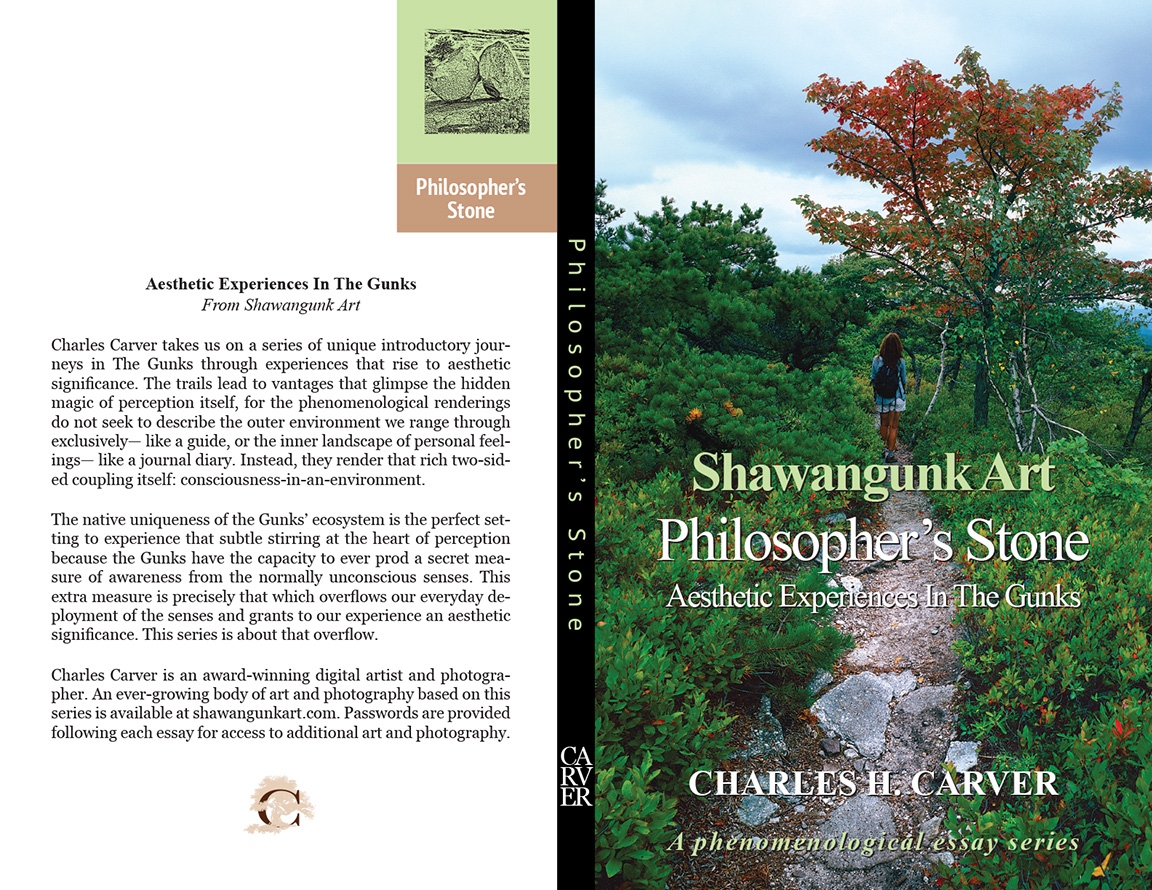 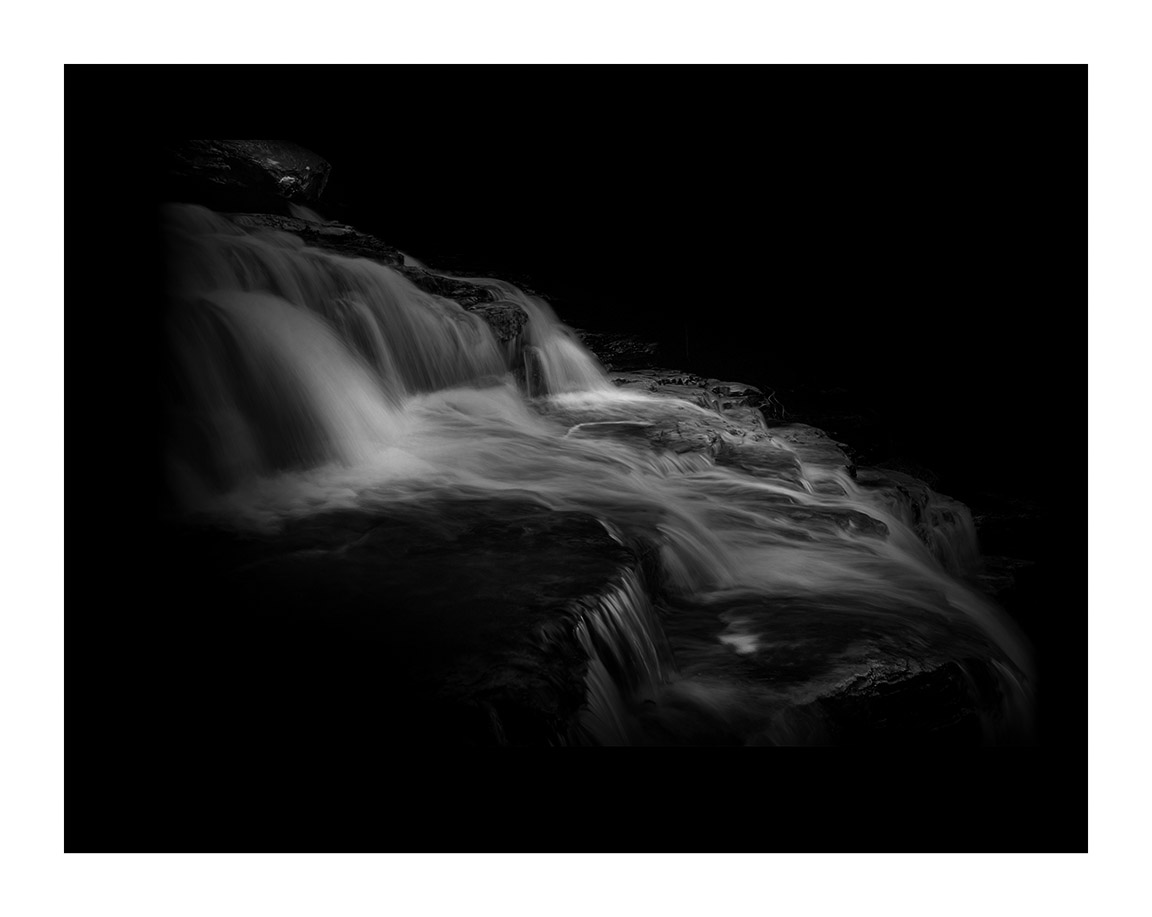 The links below access the online adapted version of the book and do not correspond to the order published in the physical booklet. Only a few master copies of the book remain (published 2018), so this set constitutes the original impetus of the work in a different order. In the physical book, the essay "Intimate Otherness" (below) introduced the Gunks through Mohonk Mountain House, the historical introductory anchor to the region. Don't forget to check out related Gunks landscapes (on istockphoto by Getty Images).